The X-STERN innovation, introduced at ONS2014, has become reality. The ‘Windea La Cour’ has entered service at the Gemini offshore wind farm. At sea trial, the vessel proved a max speed going astern close to the max forward speed (video in text). This increases flexibility when manoeuvring at the wind farm.

Only two years have passed since Ulstein Group introduced the X-STERN hull line innovation at the ONS maritime exhibition in Stavanger. Shortly after, two Service Operation Vessels (SOV) for the offshore wind industry were contracted by BS Offshore, Germany. The vessels were chartered by Siemens.

The X-STERN effect on flexibility and comfort
The X-STERN is a pointed stern instead of a conventional transom (flat) stern. Flexibility in operations is one of the major benefits with the X-STERN. Comfort is increased due to reduced vibrations and slamming. Flexibility and comfort are key assets to the ‘Windea La Cour’, which will be accommodating, transporting and transferring technicians from shore and to the wind turbines in the Gemini wind farm offshore the Netherlands. The vessel can swiftly move between wind installations.

Proved her abilities on sea trial
On the sea trial, the crew wanted to test the vessel’s abilities going astern, pushing the vessel to the max speed backwards. As a result of the X-STERN, the ship managed to keep a speed of 12.1 knots while backing, as compared to her forward speed of 13.95 knots, a difference of less than 2 knots. 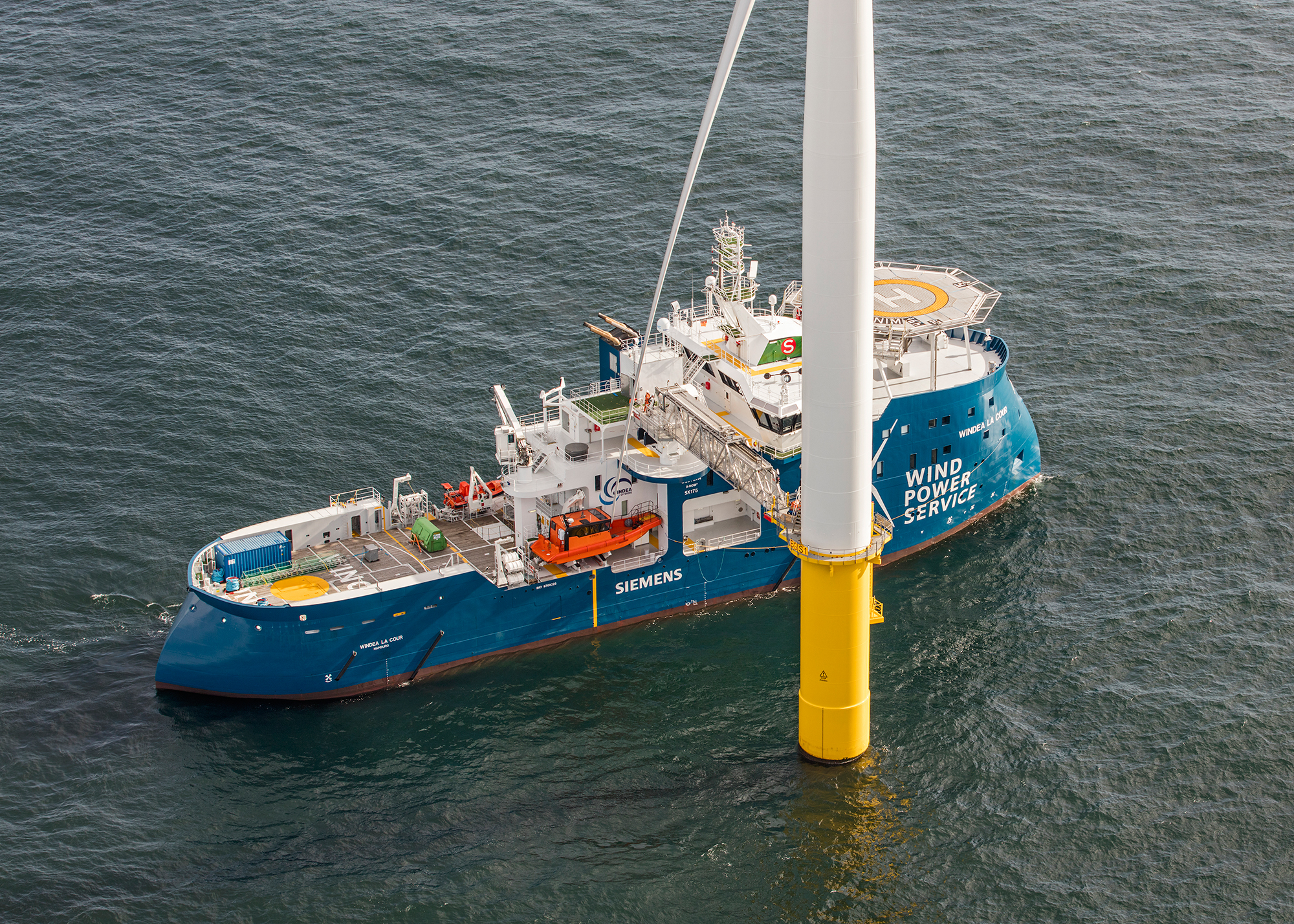 Ship number two under construction
BS Offshore has another SOV vessel under construction by the shipbuilding yard, Ulstein Verft. The ship is built, equipped and painted inside a covered dock hall, ensuring a controlled atmosphere and the best quality of work. The vessel will be launched from the dock hall in two months’ time, before going on sea trial at the end of the year.

Experienced shipbuilder
Yard number 309, the ‘Windea La Cour’ was an on-date-delivery by Ulstein Verft, delivered on 23 June 2016. Ulstein Verft is an experienced yard with a history dating back to 1917, and is specialised in building advanced prototype vessels, as well as taking on ship repairs and conversions, which includes engineering.