When Bernhard Schulte Offshore (BS Offshore) and their client Siemens ordered a service operation vessel from Ulstein Verft in 2015, they saw the benefit of having the ship designer and the yard in one place. The vessel was delivered on 23 June, and named in Hamburg 30 June 2016.

“We considered several yards worldwide, but Ulstein Verft was our final choice. We saw the benefit of having the designer and the yard in one place. Ulstein has the same approach as us – always going the extra mile to delight the final customer,” says Matthias Müller, Managing Director at Bernhard Schulte Offshore GmbH.

“Together, we have developed a flexible and effective ship solution for the offshore wind service market,” says Tore Ulstein, deputy CEO and Head of Market & Innovations in Ulstein Group. “The project process has been very smooth, and the combination of expertise in our companies has led to fruitful discussions. We are happy to deliver, on schedule, this state-of-the-art SOV vessel, and are certain that she will serve BS Offshore and Siemens in a most satisfactorily way.”

Silent
During sea trial, one of the two ship masters, Mikael Nielsen, noted the vessel’s smooth motions and the very low levels of noise and vibrations, all these being important factors in a vessel in which one of the main tasks is to transport service technicians to the Gemini Offshore Wind Park, 85 kilometres north of the Dutch province of Groningen and a five-hour trip from shore. 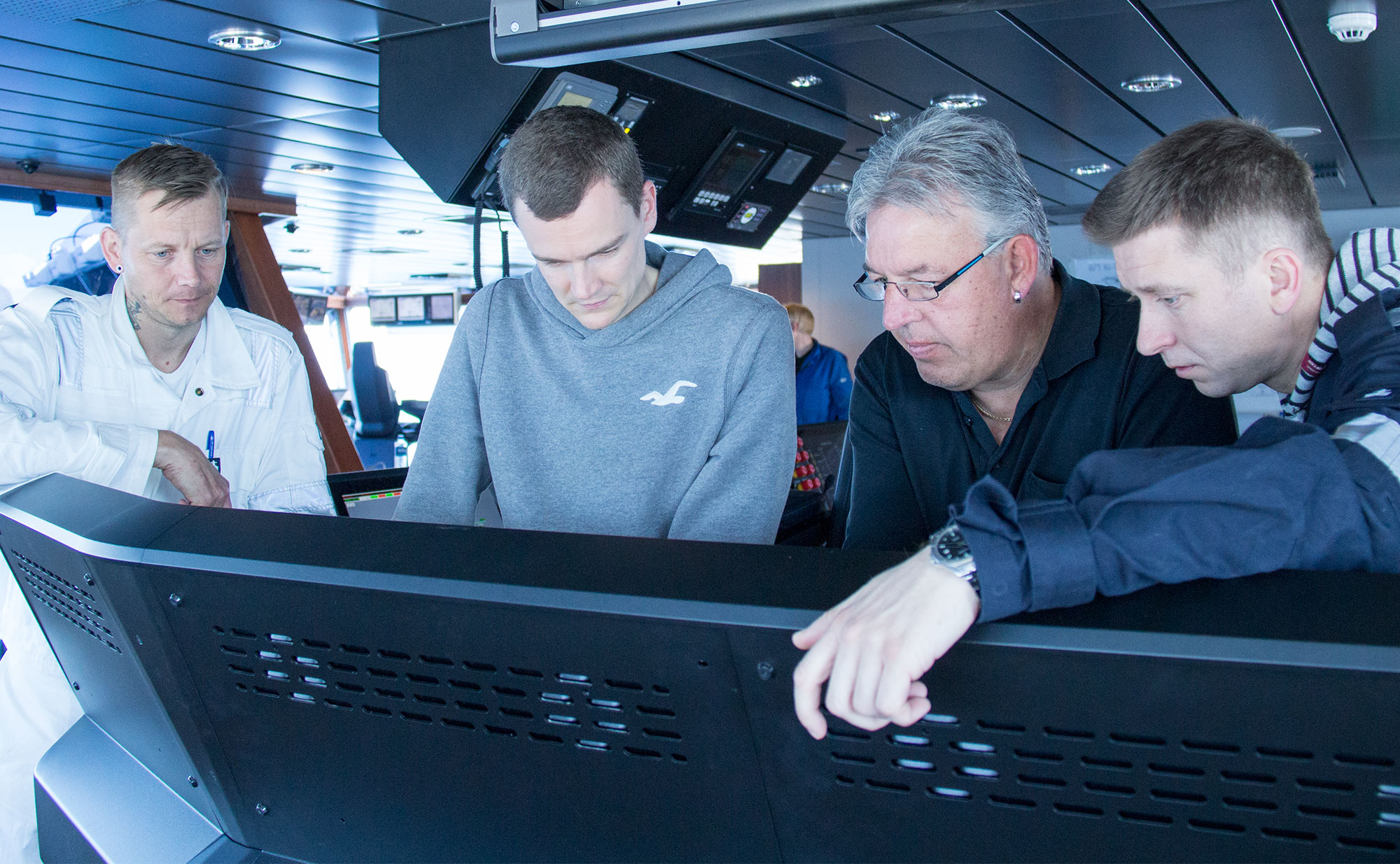 Flexible
The new-developed X-STERN aft hull design has an importance when it comes to the flexibility of the vessel. At sea trial, she managed to keep up high speed forwards and also when backing, and she is easily manoeuvred both ways.

Safe transferral
The vessel is equipped with two varieties of transferral to the wind turbines, an integrated Uptime heave-compensated gangway system and a daughter craft with a capacity of 10 people.

Capacity
The load capacity is well exploited. Spare parts and equipment can be transported in containers, of which 6 can be placed on deck and 6 under deck. The vessel provides excellent workshop facilities. The SOV has accommodation for 60 in single cabins, of which 40 cabins are dedicated to the technicians.

X-effect
The X-STERN and the X-BOW are hull design features which increase the operability through positive effects on station keeping, wave response, comfort and safety, and with reduced power and fuel consumption while on DP. 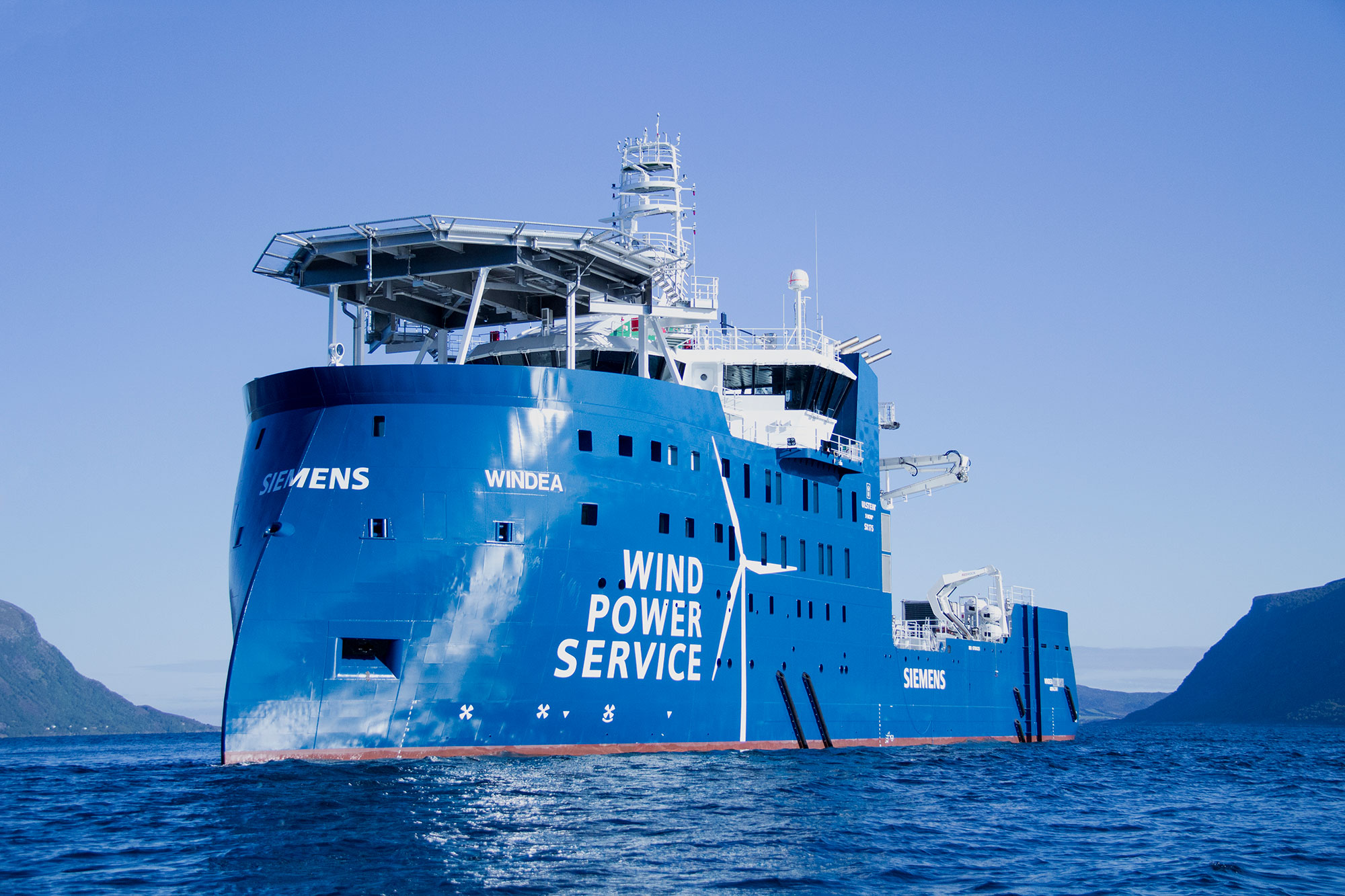 ULSTEIN SX175
The ULSTEIN SX175 is a design developed to meet future demands within the servicing and maintenance of offshore wind installations. Significant effort has gone into the optimisation of the vessel’s movements in order to ensure the safe transfer of technicians and equipment in connection with the operations, maintenance and servicing of wind turbines. There has been a major focus on the welfare of the technicians who will live on board. While developing the cabins and facilities, the aim has been to position these where the vessel’s movements are lowest.

The X-BOW, the X-STERN and the integrated DC-based common main drive system, with variable rpm control of the diesel engines for power and propulsion system, are essential design features. In addition to the catalyst, these will fulfil the highest international environmental requirement (IMO-Tier3).

ABOUT THE COMPANIES
ULSTEIN is an internationally renowned provider of ship design, shipbuilding and system solutions for ships. For nearly 100 years, the company has developed future-oriented products and services for the maritime industry.

Bernhard Schulte Offshore GmbH is the offshore unit of Bernhard Schulte, a worldwide leading family owned ship owner and ship manager which employs about 17,000 seafarers and about 1,400 people onshore, owns about 90 vessels and manages about 580 vessels. 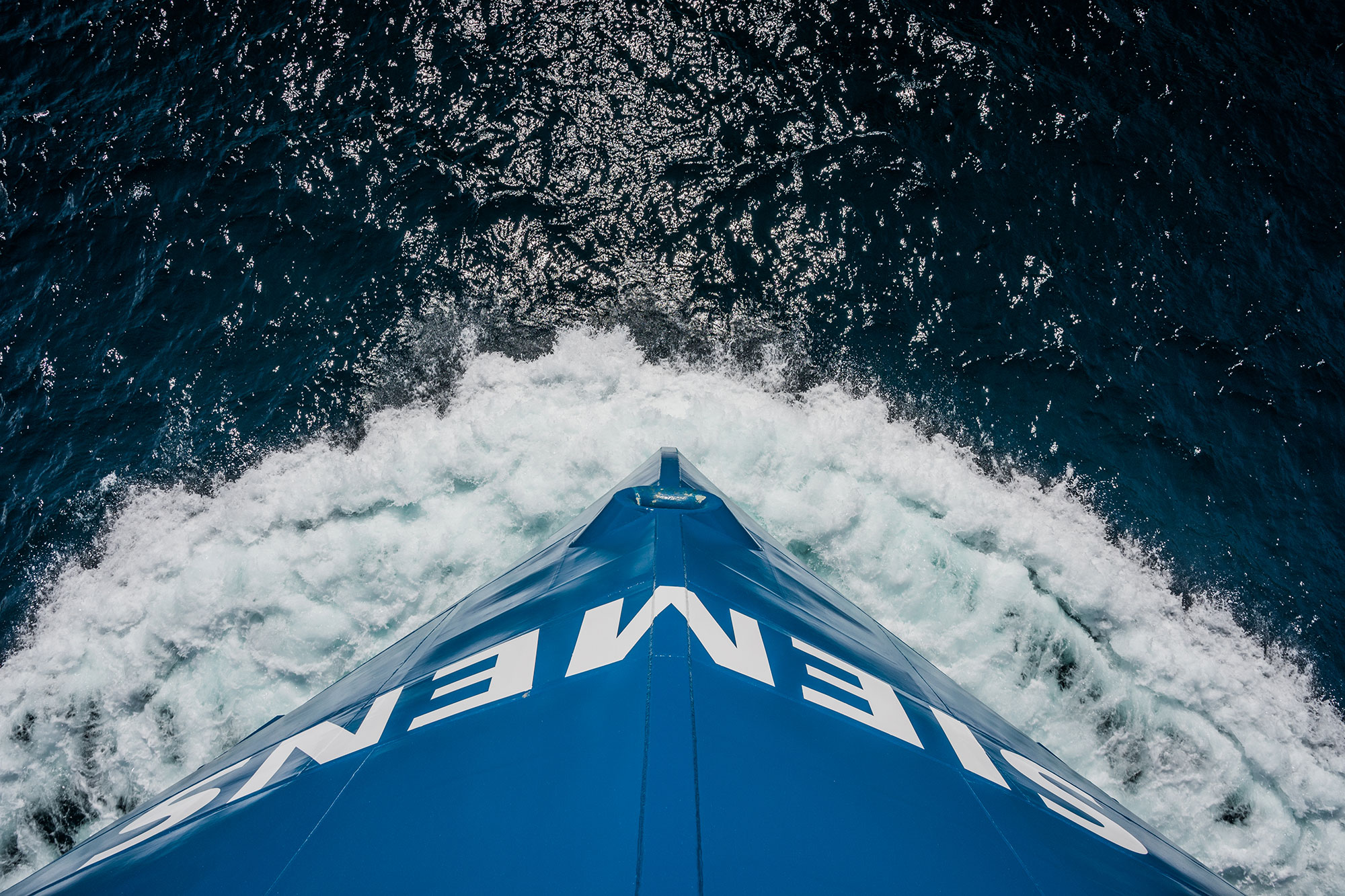 The ship will be working for Siemens off the coast of the Netherlands. (photo: Ivan Schrooyen)