‘We were excited before we started, but the construction work went very well when building an X-BOW hull’, said the manager of Ulstein Poland at the time, Anders Sundgot. ‘It was actually easier to build these hulls with a backward sloping bow than a conventional bow. The lines are more clear on a traditional hull. The traditional bow has a bulb, which is built-in on an X-BOW® vessel. This means that we did not have to use that many double-curved plates. It was a lot easier to build the hull, and I am therefore not in doubt to claim that we saved a lot of production hours on this hull’.

When Zaliv shipyard in Ukraine was commissioned to build their first X-BOW® hull in 2007, they were therefore asked to look more closely into the savings when building the X-BOW® hull compared to other conventional hulls. Marketing Director Yuriy Dovgiy concluded the following positive results in a letter to Ulstein Verft´s managing director in 2009: 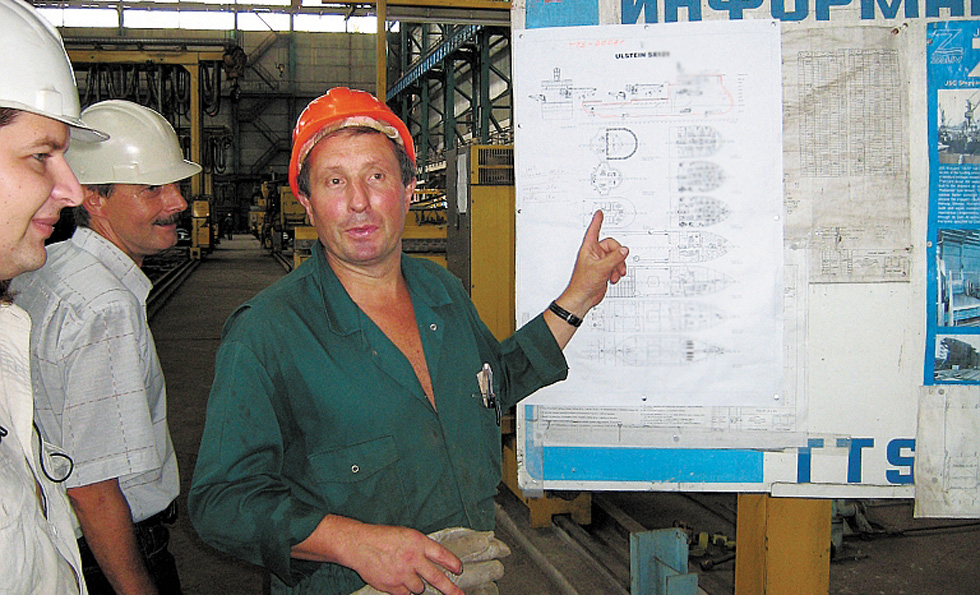 A Zaliv employee with drawings of the first hull of an ULSTEIN X-BOW® vessel to be built at the yard.