After the launch of the ULSTEIN X-BOW® concept in 2005, the bow has received, or been nominated for, a number of Innovation Awards. The first was the Norwegian Engineering Feat of the Year from the magazine “Teknisk Ukeblad” in 2005.

The Norwegian Engineering Feat of the Year award is awarded to an engineering solution to a technical or social problem and that has local, national or international significance for society. The solution is intended to represent a good idea that has demonstrated commercial viability or socio-economic significance that has been carried out or finished during the period 2004-2005.

More about the X-BOW 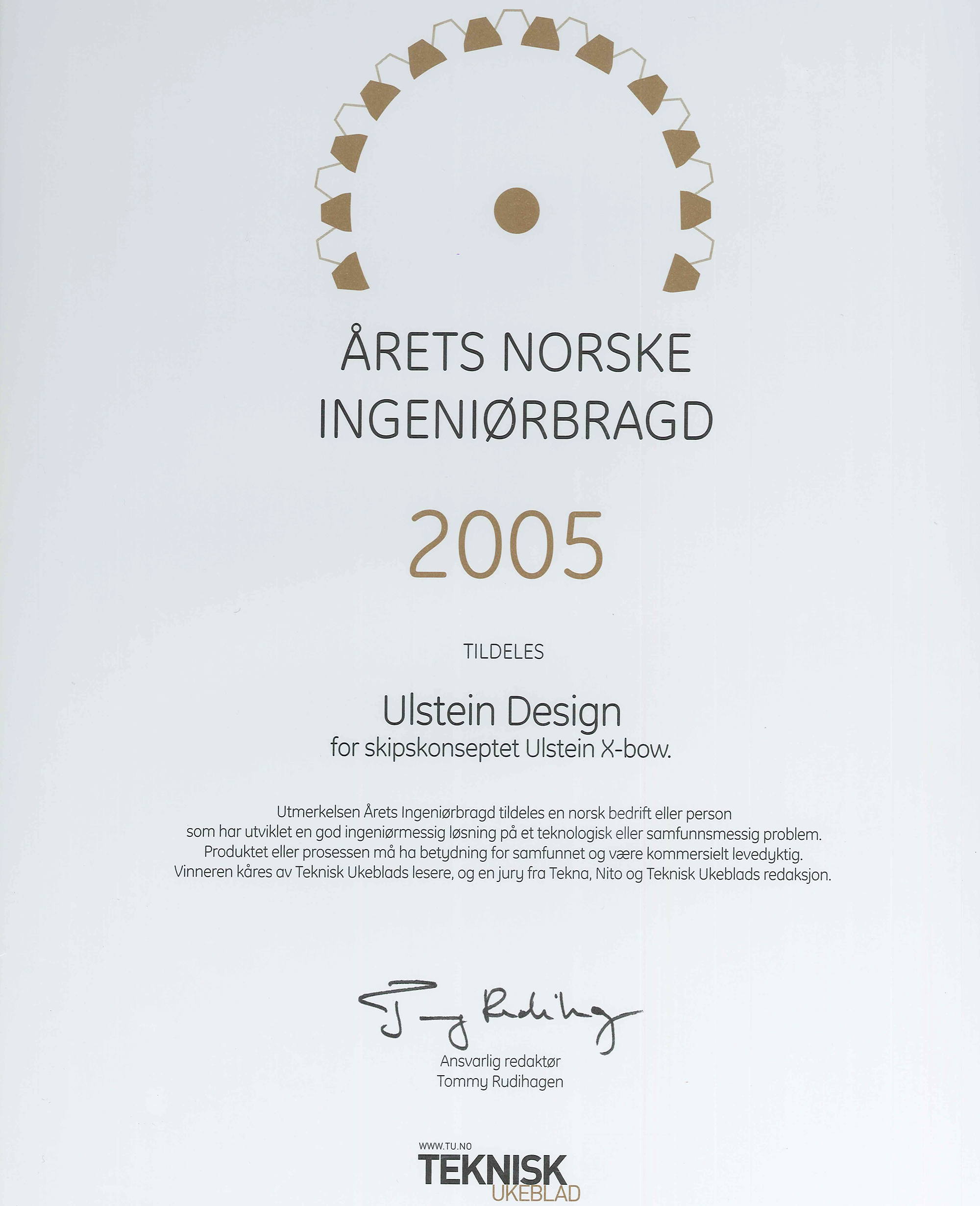